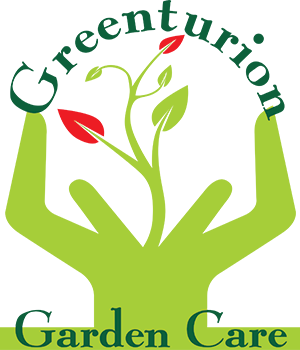 The house fly (Musca domestica) is a cosmopolitan companion of humans and domestic animals. House flies are generally found in greatest numbers during the hotter summer months. House flies are less than 3⁄8 inch in length and have four dark stripes down the back of their thorax. House flies have sponging mouthparts and eat solid food by first liquefying it with their saliva. House flies can also regurgitate onto a solid food to assist with the liquefying process.

Under favourable conditions, house fly numbers can increase quickly due to their rapid immature developmental time and a large number of eggs produced by each female—several batches of about 100 to 150 eggs. Eggs are laid in warm, moist, organic materials such as manure, garbage, lawn clippings, decaying vegetables and fruits, or soils contaminated with any of these materials. Larvae of the house fly are cream coloured, have a blunt posterior end, and taper to a point at the head. Young larvae respond negatively to light and will burrow into the organic material in which they are developing. Older larvae respond positively to light and will emerge from their organic habitat to seek drier and cooler areas to transform into pupae. Under optimal summertime conditions, house flies can complete their development from egg to adult in as little as 7 days.

Because they have sponging mouthparts, house flies cannot bite; however, they may play an important role in disease transmission to humans and animals. House flies can carry a number of disease agents which they pick up while feeding on animal faeces, animal body secretions, or kitchen waste and which they can deposit onto human foods following contact with or feed on these human foods. House flies are known to carry bacteria and viruses that cause conditions such as diarrhoea, cholera, food poisoning, yaws, dysentery, and eye infections. House flies can also cause a nuisance to homeowners by their persistent attempts to land on human foods or even humans themselves (they will readily feed on animal sweat and other body secretions). House flies also leave dark faecal and regurgitation spots on wall surfaces where they rest, and with a preference for resting on light coloured surfaces, these spots can be quite noticeable when fly numbers are high.

Flies found inside a building have entered from the outside in almost all cases. Therefore, barriers preventing access to the building are the first line of defence. Cracks around windows and doors where flies may enter should be sealed. Well-fitted screens will also limit their access to buildings. Outdoors, regular removal (at least once a week) and disposal of organic waste, including dog faeces, rotting fruit, and kitchen waste will reduce the attractiveness of the area to adult flies and limit their breeding sites. Garbage should not be allowed to accumulate and should be placed in plastic bags and held in containers with tight-fitting lids where feasible. Garbage should also be placed as far from a building entrance as is practicable. In general, poor exclusion and lack of sanitation are the major contributors to house fly problems.

Sticky fly paper or ribbons are effective at eliminating a few flies in relatively confined areas but are not effective enough to manage heavy infestations or to provide control in an outdoor setting. Inverted cone traps containing fly food attractants can be readily purchased commercially and are effective when they are not competing with nearby garbage or animal wastes. The fly food attractants used in these inverted cone traps will be quite foul smelling, so the traps should be placed at some distance from occupied structures. Fly traps using ultraviolet light may be effective when used indoors where they are not competing with daytime sunlight. For control of just a few flies, the time-tested fly swatter is appropriate. Don’t use fly swatters near food preparation areas because they may result in contaminating food with insect body parts. Similarly, never use a "bug zapper" to kill flies near food preparation areas, as the insect body often explodes upon touching the wires and insect body parts can be propelled over several feet from the device.

Selective use of insecticides against house flies is one component of a total fly management program but should only be used after all possible nonchemical strategies have been employed. In most home situations, pesticides are not needed or recommended. Sanitation methods, along with screens to keep flies out of the home, should be sufficient. If sanitation efforts are not possible, a no residual pyrethrin aerosol may be used. Outdoors a professional pest control company can be hired to apply residual insecticides to surfaces such as walls and overhangs that flies tend to accumulate on when resting. Fly baits used in trash storage areas may be effective in reducing the number of adult flies if proper sanitation practices are followed to prevent the development of immature flies in the waste. However, when flies have access to garbage, baits alone will not control them.

Almost all nuisance fly species are best controlled by eliminating larval developmental sites and reducing adult attractants in the vicinity of buildings or other areas of concern. Attractive material (such as garbage cans) should always be placed at some distance from a building entrance; and barriers such as screens, doors, and air curtains should be used to prevent flies from entering buildings.

Chemicals are only rarely required for fly management in residential situations. Their use generally leads only to short-term control because they target adult flies, leaving immature developmental sites unchanged and available to produce the next generation of adult flies.

We offer a broad range of gardening and pest control services to homeowners, housing and business complexes.

Kindly contact us with any of your requirements and we will gladly assist.