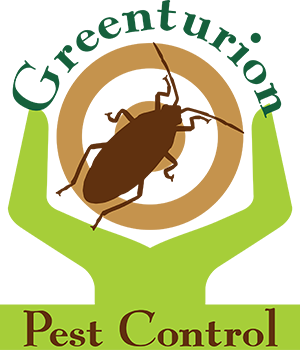 Ants are social insects and live in large colonies. They are highly developed insects and some species have included phenomena such as slavery, military campaigns and animal husbandry in their daily tasks.

The black sugar ant is a shiny black ant 4mm in length. They occur throughout South-Africa and are also common in the fynbos. The workers are all one size. They work 24 hours a day and forage along well defined trials. They will take most kinds of food.

Brown house ants are light brown ants and are sometimes also referred to as the big-headed ants. The workers occur in two sizes of which the 'soldiers' have bigger heads. The smaller or minor workers are 2 mm in length and the bigger or major workers 3.5 mm in length. The workers don't always run in definite trials and are most active at night. Their food preferences include fats, sugar and honeydew.

Pugnacious ants are reddish brown with a head redder than the rest of the body. Pugnacious ants are very common in South-Africa and prefer open areas. Workers vary in size from 2-10 mm. They run in haphazard directions and attack anything in site. Pugnacious ants are predators and seed dispersers. They have an important ecological role to play in the Cape fynbos. Many fynbos has seeds bearing nutritive bodies called elaiosomes. Pugnacious ants take these seeds to their nests and chew off the elaiosomes. The seeds remain underground were it stays protected from rodents and fire until it hatch.

Brown house ant (Pheidole megacephala) - These ants often make nests under paths where it throws up small mounds of soil between paving.

Pugnacious ant (Anoplolepis custodiens) - They nest below ground without a mound at the nest entrance.

IMPORTANCE AS A PEST:

Food preferences differ between species and within a colony, the food preference can change on a daily basis. Some species prefer sweet foods and other protein foods. Adult ants can mostly only ingest liquid food. Solid foods are taken back to the nest to be fed to the larvae. The larvae can regurgitate the liquid component of the solid food which is then in return given to the workers.

Ants have a complete life cycle or metamorphosis, i.e., their life cycle begins with an egg which develops into a larva, then pupa and finally the adult ant.

Ant colonies consist of various castes which perform different functions in the colony.

The reproductive males and females have the task of reproducing. Depending on the species, only one or more females reproduce and are called the queen/s. Pest species tend to have more than one queen. Males are initially winged and are mostly only present and involved during the forming of a new colony.

The workers (sterile females) nurse larvae and take care of the queen, build and repair the nest and forage for food. Normally the foragers that are seen above ground represent 10 % of the total colony.

The soldiers' protect the colony from intruders and might participate in foraging.

Tempo Fogger is a total release aerosol with a residual action. Once the actuator is pressed, all the contents of the can are released.

Liquid concentrated insecticides that have to be diluted with water according to the instructions for use. The diluted mixture should then be applied to areas frequented by ants. Weeks of residual control can be expected, depending on the surface treated, human interference and weather conditions.

Treating ant nests are a very effective way of controlling ants. The insecticide is prepared by diluting it with water according to the directions for use and as many as possible nest entrances are then treated with the diluted chemical.

Because of trophollaxis (grooming), toxic bait, preferably made from or containing a preferred food of ants, can be used to eradicate ant nests. For an active ingredient to be effective against ants, it has to be slow acting. The reason being, the forager must not die before it reached the nest and spread the bait to members of the colony. The bait is quickly distributed throughout the colony by trophollaxis and should be strong enough to kill ants even after it was diluted from one ant to the other. The active ingredient or other ingredients in the bait should also not be repellent in any way. It should be highly attractive to the ants and attract them even in the presence of other food sources.

We offer a broad range of gardening and pest control services to homeowners, housing and business complexes.

Kindly contact us with any of your requirements and we will gladly assist.